What have they done with the real Senator Graham and who's this interesting replacement?

Senator Lindsey Graham has apparently been replaced by a much more interesting doppelganger. For the third or fourth time since the Brett Kavanaugh hearing last week, the Senator from South Carolina has handled reporters and protesters like a champ.
I already acknowledged that I don’t care for the Senator and yet he made me proud during the hearing.

His explosion on his Democratic Senate colleagues during the Brett Kavanaugh hearings was the best I’ve ever seen the Senator from South Carolina. He started off by laying out the fact that Senator Chuck Schumer announced his opposition to Kavanaugh 23 minutes after he was announced. He then went on a rant that would have won him an Emmy if he said it during either of the first two seasons of House of Cards.

It was quite powerful and encapsulated the anger many conservatives have been feeling about this sham from the start.

Yesterday, he made news for a discussion he had at The Atlantic Festival. Yahoo News took his words out of context and painted him as an idiot in a Tweet they later removed. Even when getting booed at an unfriendly event, he came across as a winner:

Lindsey Graham booed for saying ‘Kavanaugh was treated like crap’ 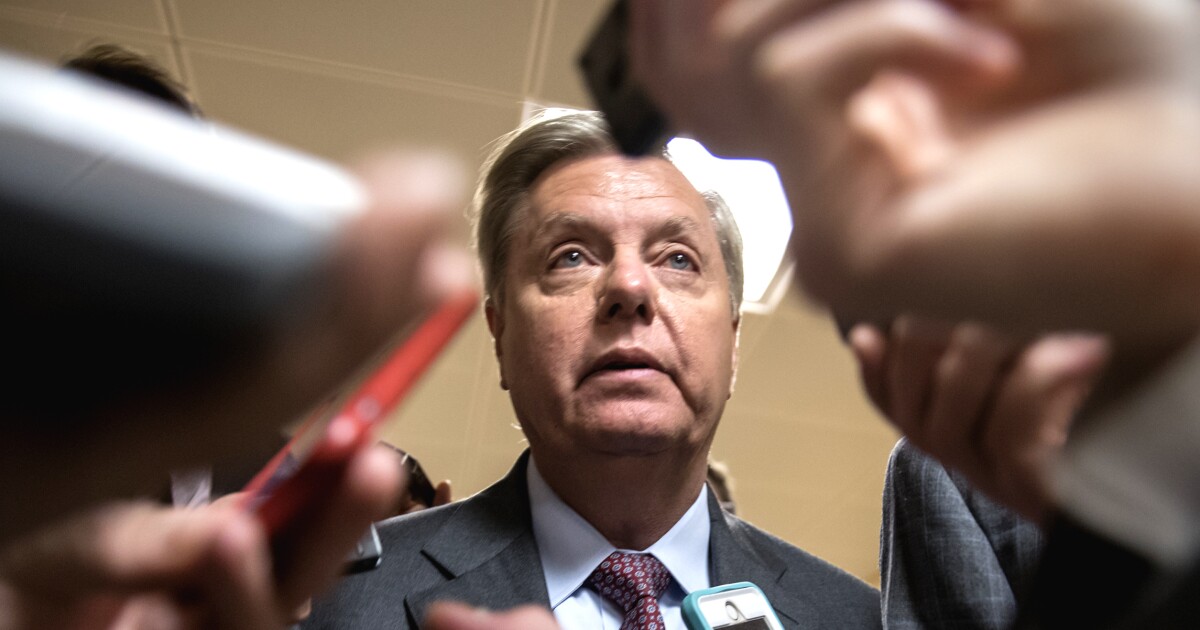 “President Trump went through a factual rendition that I didn’t particularly like,” Graham said Wednesday. “I would tell him to knock it off, you’re not helping.”

But Graham said Trump’s treatment of Ford “could be worse,” comparing it to the treatment of the women who accused former President Bill Clinton of sexual misconduct.
“You can actually kill somebody’s cat and puncture their tires to get them to shut up,” Graham said. Graham was referring to Clinton accuser Kathleen Willey telling independent counsel Ken Starr that someone had punctured her tires and her cat disappeared before she testified about Clinton’s alleged behavior.

Today he delivered a one-liner while a heckler tried to disrupt his answers to reporters’ questions.
https://twitter.com/Breaking911/status/1047880572671078401?ref_src=twsrc%5Etfw%7Ctwcamp%5Etweetembed%7Ctwterm%5E1047880572671078401&ref_url=https%3A%2F%2Fthehill.com%2Fhomenews%2Fsenate%2F409907-graham-why-dont-we-dunk-kavanaugh-in-water-see-if-he-floats
I don’t know what happened to the old Senator Graham. I hope he’s okay. However, I hope he never comes back. This new Senator Graham is much more entertaining.

Dear "undecided" Senators: The gig is up. It didn't work. Confirm Kavanaugh now.

Dear "undecided" Senators: The gig is up. It didn't work. Confirm Kavanaugh now.