by Kerry Marasco
in Videos

Believers in the Judeo-Christian worldview have no problem believing that Jerusalem has been the capital of Israel/Judah since the days of King David 3,000 years ago. Skeptics and people with religious or political agendas have denied the claims of the Bible. Archaeological discoveries continuously prove their denials wrong, as was the case recently with a discovery at Jerusalem’s Western Wall. 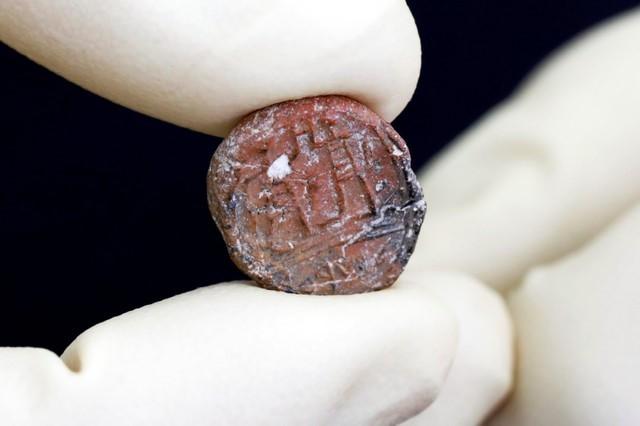 The artifact, inscribed in an ancient Hebrew script as “belonging to the governor of the city”, was likely attached to a shipment or sent as a souvenir on behalf of the governor, the most prominent local position held in Jerusalem at the time, the Israel Antiquities Authority said.

The impression, the size of a small coin, depicts two standing men, facing each other in a mirror-like manner and wearing striped garments reaching down to their knees. It was unearthed near the plaza of Judaism’s Western Wall in the Old City of Jerusalem.
“It supports the Biblical rendering of the existence of a governor of the city in Jerusalem 2,700 years ago,” an Antiquities Authority statement quoted excavator Shlomit Weksler-Bdolah as saying.

This find is one among several dockets in recent years that reaffirm Israel’s claims to the city of Jerusalem. President Trump recently announced that the United States would acknowledge Jerusalem as the capital, sparking an international uproar that became a United Nations resolution against the move.