Call it what it is: What Myanmar is doing to the Rohingya people is genocide

by Lorie Wimble
in Opinions

The United Nations’ High Commissioner for Human Rights Zeid Ra‘ad al-Hussein said yesterday that “acts of genocide have been committed” by Myanmar’s military against Rohingya Muslims, forcing over 650,000 of them to flea to Bangladesh. He is being guarded in his remarks. The reality is that this is clearly genocide and the worst crimes against humanity the world has seen in a very long time.
This cannot be overstated: Anyone who researches enough about what’s being done to Rohingya Muslims in Myanmar can only come to the conclusion that this is ethnic cleansing to the highest degree. It’s a purge worthy of the “genocide” label. Let’s put aside the reluctant and politically correct wording used by diplomats and address this as what it is.
What follows is a series of articles that tell different aspects of the story. Please take a moment to read them. It’s imperative that we gain a clear understanding of the atrocities being committed so we can render aid to these people immediately.
First, the statement by the U.N. officially regarding genocide: 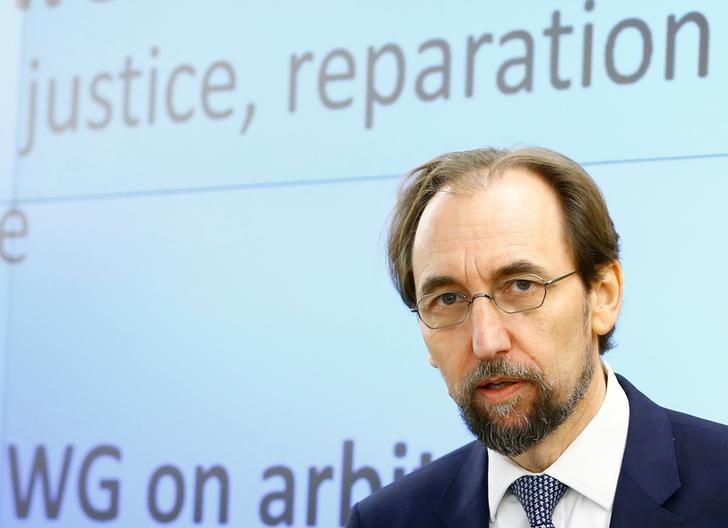 “It’s very hard to establish because the thresholds are high,” he said. “But it wouldn’t surprise me in the future if the court were to make such a finding on the basis of what we see.”

Myanmar denies committing atrocities against the Rohingya and has previously rejected U.N. criticism for its “politicisation and partiality”. The Myanmar military says the crackdown is a legitimate counter-insurgency operation.

Human Rights Watch says it has identified 40 Rohingya villages in Myanmar’s Rakhine State that had buildings destroyed in October and November.

This brings the total number of villages partially or completely destroyed since the military crackdown began in August up to 354, it said in a statement on Monday.
Satellite imagery analysis performed by the group showed that dozens of buildings were burned the week of Nov 23, when Myanmar and Bangladesh signed an agreement begin returning refugees in Bangladesh within two months.

Keep in mind that everything many of these people own, which isn’t much, remains in the villages they were forced to leave. The military’s actions aren’t just harming people directly today. They’re also preventing them from being able to rebuild their lives and have a future if they’re ever allowed to return home. Destroying villages that have been emptied out is clearly an attempt to take away any hope these people have even if they do return.
While the United Nations tries to figure out how to properly word their condemnations, real violence is being perpetrated against these people. It’s telling when seasoned international journalists and experienced aid workers are shocked by what they’re finding.

Violent rape just one of many disasters for Rohingya refugees

But Pfeil has never seen anything like the sexual abuse victims in the Rohingya refugee camps in Bangladesh.
“I’ve never had a population talk so freely about the assault that they were experiencing,” said Pfeil, a midwife who is on the board of Medecins Sans Frontieres/Doctors Without Borders-USA.
“I have had women come in who were gang-raped or brutally raped and are now recovering from fistulas but I have never heard so many stories of so many women being publicly raped and then killed,” she added.

These stories aren’t isolated. This has become the norm for those who have survived the attacks and made their way to Bangladesh. Unfortunately, conditions are only improved once they make it there because they don’t have Myanmar military trying to rape or kill them. Otherwise, the conditions aren’t acceptable by third world standards. They aren’t just missing certain basic needs like medicine for the sick or schooling for the young. Even in the “safety” of their refugee camps, they’re malnourished with scarce fresh water and unbearable living conditions.
Things are going to get worse once monsoon season hits.
Save the Children Australia’s Ian Woolverton has seen a lot. The camps in Bangladesh aren’t the first place he’s experienced horrendous conditions faced by masses of people, but this situation has stood out for him as exceptional.

In the name of humanity, don’t look away from the plight of the Rohingya people

I have stood among tsunami flatted buildings in Aceh and Japan. I have held the hand of a dying infant in flood swamped Pakistan. I have attempted to console the families of loved ones lost to the Bali bombings. And I have helped retrieve the body of a dying man trapped in an earthquake crumpled building.

But nothing prepared me for what I have now witnessed – a city sized population living in squalor after fleeing the horror of human rights atrocities in Myanmar’s northern Rakhine state.
Here in the southern Bangladeshi district of Cox’s Bazar we’re hearing from child survivors and their families about the most horrific atrocities, including killing and maiming, abductions, all forms of sexual violence, persecution and forced displacement.
Let me bring this home, so there can be no misunderstanding, no hiding from this heinous man-made tragedy.

While many of us in America worry about Christmas gifts or argue about the validity of NFL kneelers, hundreds of thousands of people are suffering, forced from their homes because they held different religious beliefs. They were attacked because they were vulnerable. They are being raped, beaten, and murdered because nobody is standing up for them.
The United Nations will do nothing other than slap some toothless sanctions against Myanmar, if that. They couldn’t even get a reasonable draft resolution to pass. They are worthless.
The United States and other western governments have the capacity to do something. I’m not suggesting an invasion, but threats need to be made. It’s a rare occasion when I’m willing to suggest we get involved in international affairs. I’ve never held to the neocon beliefs that we’re the world’s police. On the other hand, these are extreme situations. We didn’t act when Syria used chemical weapons against its own people. The subsequent refugee crisis that has changed the face of Europe was a direct result of our early inaction.
What’s being done to the Rohingya Muslims in Myanmar is worse. They aren’t caught in the crossfire. These people are being directly targeted by a rampaging military with no restrictions.
Not to make this political, but it should be noted the outrage from Muslim leaders around the world is exponentially greater against President Trump acknowledging the capital of Israel than towards Myanmar who is actively raping, murdering, or displacing hundreds of thousands of Rohingya Muslims.
This is genocide. We need to contribute to help these people have access to livable conditions. Then, we must work with our allies to force Myanmar to protect its own people from its own military. What we cannot do is sit back and hope it goes away soon. It won’t unless we do something about it.