Jerry Jones to Roger Goodell: "I'm gonna come after you with everything I have"

by Scott Boyd
in Videos

The NFL has problems, and I’m not talking about their lack of star power at the quarterback position. From dwindling attendance to the public relations nightmare of players kneeling, the NFL under Commissioner Roger Goodell has been in a state of a decline for a while.
Jerry Jones agrees. The Dallas Cowboy’s owner had some harsh words for the commissioner. 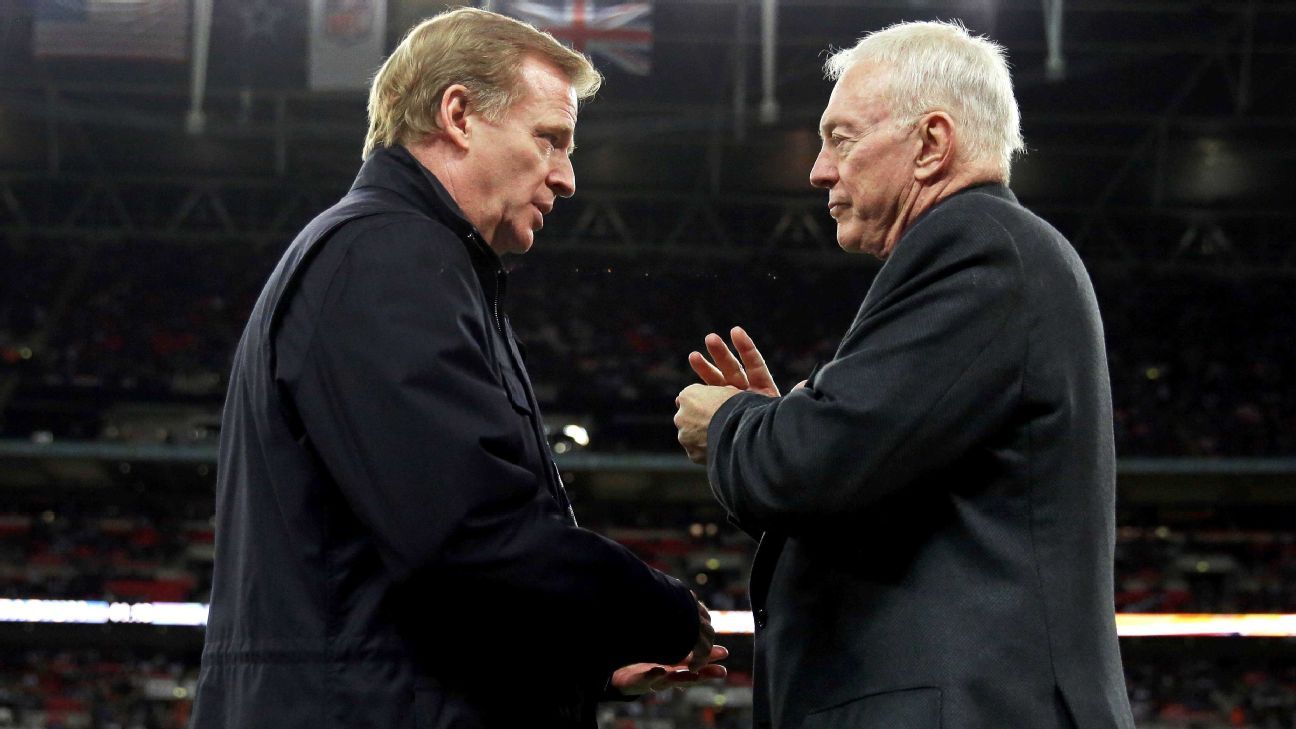 “I’m gonna come after you with everything I have,” Jones said. Then he mentioned Deflategate. “If you think Bob Kraft came after you hard, Bob Kraft is a p—y compared to what I’m going to do.”

Nobody knows what Jones is going to do. But at the age of 58, Goodell is fighting to keep his job. In public, he looks fresh and energetic, and he is more resolute than ever to leave with a legacy of having come close to fixing football’s long-standing issues. Up close, though, his face has changed due to relentless stress; it is now sallow and lined and tired. Roger Goodell is in a battle few saw coming, with the league’s membership teetering on an all-out, unprecedented civil war.