By repealing individual mandate in tax bill, Senate rolls the dice on a big win

2017 hasn’t been a good year for Republicans on Capitol Hill. They haven’t been able to accomplish anything of merit despite having a Republican in the White House. In fact, they’ve passed fewer bills of impact than they did when President Obama was in the Oval Office.
Tax cuts are a must as they head into a midterm election years. Now, they’re upping the ante in the Senate by proposing inclusion of individual mandate repeal on Obamacare.
“We’re optimistic that inserting the individual mandate repeal would be helpful and that’s obviously the view of the Senate Finance Committee Republicans as well,” Senate Majority Leader Mitch McConnell told reporters.
They aren’t just going up against push back in the Senate itself; no Democrats will support it, leaving only two Republicans who can object. They still have to get it through the House. If they can pull it off, this could be the momentum-builder they need to mitigate some of the damage the party’s been experiencing. If they can’t this will be another demerit that could sink them a year from now. 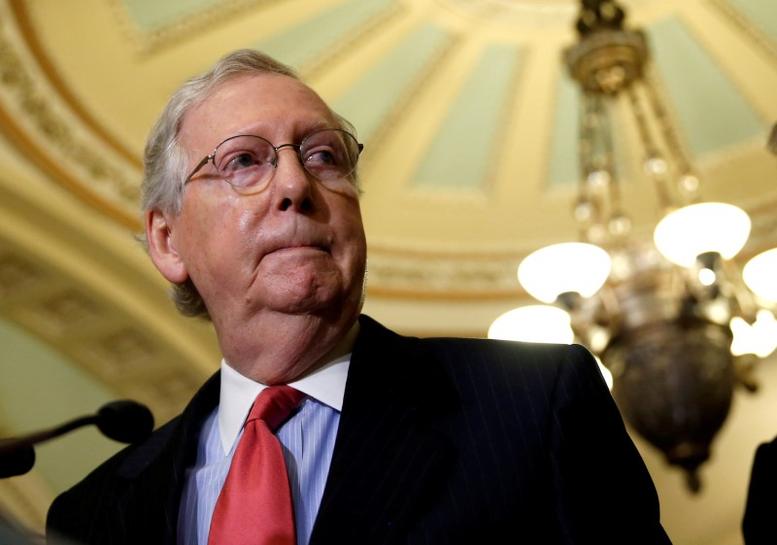 WASHINGTON (Reuters) – Senate Republican leader Mitch McConnell on Tuesday threw his support behind including a repeal of the Obamacare mandate for individual health insurance in the Senate’s tax reform bill.
“We’re optimistic that inserting the individual mandate repeal would be helpful and that’s obviously the view of the Senate Finance Committee Republicans as well,” McConnell told reporters.

Senate GOP tax bill will include repeal of ObamaCare mandate

Conservatives led by GOP Sens. Ted Cruz (Texas), Rand Paul (Ky.) and Tom Cotton (Ark.) pushed hard to include the provision, which would eliminate the federal penalty on people who do not buy health insurance. President Trump has also pushed for the provision to be part of the tax bill.
McConnell told reporters that adding the individual mandate repeal will make it easier to muster 50 votes to pass the bill.

The Senate plans to include a repeal of the Affordable Care Act’s individual mandate in its tax bill. As part of the deal, the bipartisan ACA stabilization bill introduced by Sens. Lamar Alexander and Patty Murray will get a separate vote on the Senate floor.
What to watch: Whether a tax bill that repeals the individual mandate can get 50 votes. If it’s part of the package, odds are the answer is yes. But this definitely escalates the tax bill’s drama — especially if and when the House and Senate must reconcile their versions.