We owe a huge apology to Juanita Broaddrick, Paula Jones and Kathleen Willey

by Steve Berman
in Opinions

Juanita Broaddrick was known as “Jane Doe No. 5” for years, having accused President Bill Clinton of sexual assault in a hotel room years before. Clinton, after having survived impeachment on the backs of Senate Democrats and even a few Republicans, called Broaddrick’s accusation “false and outrageous.”

“It was 20 years ago and I let a man in my room and I had to take my lumps,” Broaddrick said in an interview as she described why she waited so long to come forward. “It was a horrible, horrible experience and I just wanted it to go away.”

Sound familiar?
Clinton supporters hopped all over Broaddrick because previously she testified in the Paula Jones case that Clinton made no “unwelcome sexual advances toward her in the late 1970s.” From the Washington Post in 1999:

Broaddrick, who owns a nursing home in Van Buren and a facility for mentally retarded children in Fort Smith, Ark., said she first met Clinton in April 1978 when he was the state’s 31-year-old attorney general making his first run for governor and she was working as a volunteer for the campaign.

Robert S. Bennett, Clinton’s chief attorney in the case, said the president still insists Jones’s allegations of a crude proposition in a Little Rock hotel suite seven years ago “are baseless” but agreed to make the payment in the interest of finally putting the matter behind him.

Five Democrats voted yes on three of four articles of impeachment against Clinton. Democrats in the Senate unanimously voted to acquit. He was literally one vote short of being removed from office.
Since that time, Hillary Clinton and her coterie of defenders have spared no opportunity to smear the women who nearly cost her husband his presidency. Even normally friendly James Carville said of Paula Jones:

“If you drag a hundred dollar bill through a trailer park, you never know what you’ll find…”

He was paraphrasing Hillary, who previously called Gennifer Flowers “trailer trash.”
Now Republican supporters of Roy Moore can be heard echoing Hillary on the now-five women who have gone on record with stories of how 30-something district attorney Moore showed them special attention as teenagers, one only 14 whom he allegedly fondled.
That’s galaxies short of what Bill Clinton was accused of doing–flat out rape. The fact that Clinton had extramarital sexual relations is not in dispute. Clinton is easily one of the most prolific serial sexual abusers ever to inhabit the White House. While the allegations made of Clinton were covered by the press (he was president, what else could they do?), none of the full-throated denials and smearing of these women was ever truly condemned.

.@jaketapper just now echoed @chrislhayes that it's time to reassess how respectfully and fairly Bill Clinton's accusers were treated.

Both Democrats and Republicans have been guilty of playing team sports with people’s lives–lives that have been profoundly affected by people in power. Whether all the stories are true or not, coming out publicly to accuse a president, or a Senate candidate and former Alabama chief justice, is no bed of roses.
If the leftwing media is going to treat the five women who have made allegations about Roy Moore as saints, then they all owe Juanita Broaddrick, Paula Jones and Kathleen Willey a huge apology.

Democrats are guilty of apologizing for Clinton when they shouldn’t have. At the same time, looking back at the smear campaign against the Clintons shows we can’t treat the feminist injunction to “believe women” as absolute.

Then that man denies ever doing it and then goes on and gets elected to United States senate. “I felt like she knew [I was raped], it was just the look in her eyes and the anger on her face, because I was so afraid at that time of anyone knowing what had happened to me,” Broaddrick told The Daily Wire last summer. Mrs. Broaddrick has since been vocal about what she claims happened to her at the hands of Bill and Hillary, making her pinned tweet: 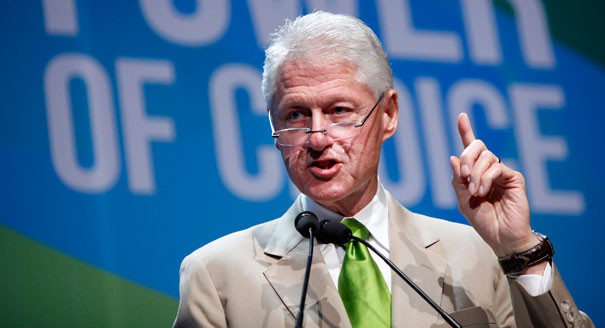 Bill Clinton was the first president to be impeached since Andrew Johnson. On the day in 1998, the Republican-led House voted to proceed with impeachment proceedings against President Bill Clinton on charges of lying under oath and obstruction of justice. As part of a sexual harassment lawsuit, the president had denied having the affair.

After more than 4 1/2 years of scorched-earth legal warfare, Clinton and Jones brought a sudden end to the case with a four-page deal in which he acknowledged no wrongdoing and offered no apology. The agreement, which will be filed with a federal appeals court considering whether the lawsuit should go forward, requires the president to pay within 60 days. It also may help the president’s allies defend him against independent counsel Kenneth W.

Hillary Clinton Is No Friend To Sexual Assault Survivors

In the 15 months since, countless others have come calling. The House Republican managers prosecuting President Clinton at his impeachment trial. She has talked and exchanged electronic mail with scandal impresario Lucianne Goldberg and once sought advice from Clinton accuser Kathleen E.