It’s a health issue: The left opens up a new front in the war on liberty

by D Parker
in Opinions

The desire for control has differentiated Left from Right, now the Left is using health concerns to further this effort

The desire for control on the part of the Left is the main difference between the two sides of the political divide. As a general rule, Left continually advocates increased government control with everything from taxation to climate change. One of the Left’s newest methods is to use health issues with nary a concern over those pesky notions of liberty and freedom.
The Left began using this with the 2nd amendment, with everyone’s health and safety taking precedent over that restraint on the government. And now they are expanding the assault, moving into the areas of free-speech

The Leftist case for restricting liberty due to health concerns

Back in June the LA Times published an Op-ed basing the need for restricting free-speech on health issues:

The case for restricting hate speech 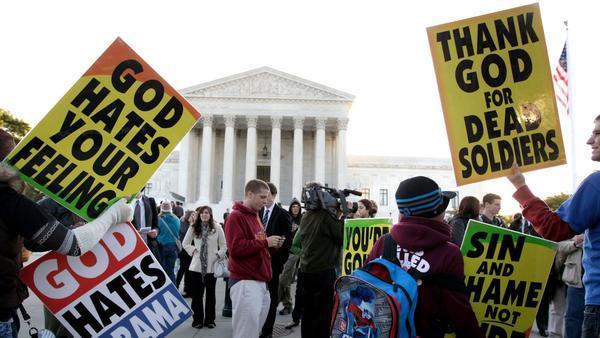 And most recently the New York Times published an opinion piece titled: We’re Sick of Racism, Literally In that opinion piece, the author asserts that one doesn’t even experience racism ‘in person’ to have an adverse impact on their health:

Worse, we know that racism doesn’t have to be experienced in person to affect our health — taking it in the form of news coverage is likely to have similar effects.

The piece concludes with this:

We shouldn’t need the specter of disease to denounce hatred in all its forms. Racism, bigotry, sexism, anti-Semitism, Islamophobia, homophobia, xenophobia, should have no place in our society. But the illness associated with discrimination adds injury to insult and magnifies the suffering of these times.

One can easily see where this is going to lead. Soon enough it will be more important to remove the restraints of the 1st and 2nd amendments on the government due to health concerns – no matter the consequences to liberty – because who can argue against better health for everyone?
The problem is that history has shown that increasing Leftist control has always lead to far worse consequences than detailed in these opinion pieces.