U.S. withdraws from UNESCO, the U.N.’s cultural organization – But does it go far enough?

by Konstantinos Roditis
in News

The Trump Administration announced on Thursday that they would be withdrawing its membership at the end of 2018 in Unesco (United Nations Educational, Scientific, and Cultural Organization), due to “continuing anti-Israel bias.” In a statement by Israeli Prime Minister Benjamin Netanyahu, “This is a brave and moral decision, because Unesco has become a theatre of absurd. Instead of preserving history, it distorts it.”
According to the New York Times. In July, Unesco declared the ancient and hotly contested core of Hebron, in the Israeli-occupied West Bank, as a Palestinian World Heritage site in danger, a decision sharply criticized by Israel and its allies. And in 2015, Unesco adopted a resolution that criticized Israel for mishandling heritage sites in Jerusalem and condemned “Israeli aggressions and illegal measures against freedom of worship.”
Story continues below

Calling UNESCO’s politicization a “chronic embarrassment,” Haley added, “Just as we said in 1984 when President Reagan withdrew from UNESCO, U.S. taxpayers should no longer be on the hook to pay for policies that are hostile to our values and make a mockery of justice and common sense.”

The United States helped found the United Nations Educational, Scientific and Cultural Organization after World War II, but has been at odds with it in recent years. State Department officials cited a 2012 decision not to expel Syria from its human rights committee after the civil war in that country began, and repeated resolutions that refer to Israel as an occupying power.

What is UNESCO and why is the U.S. again withdrawing from it? – The San Diego Union-Tribune 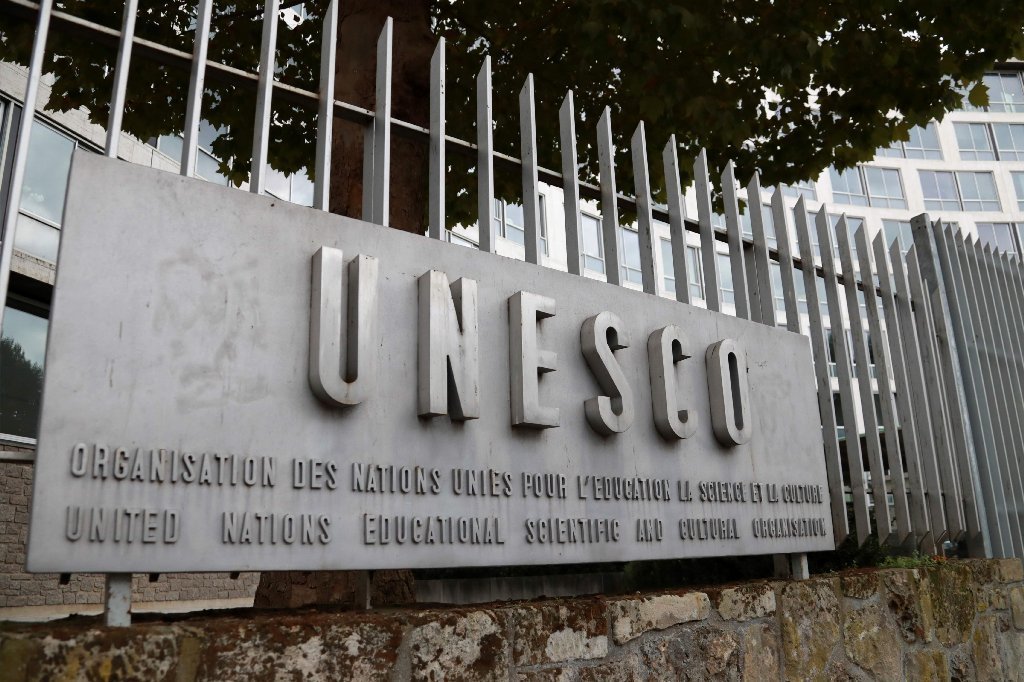 The U.S. remained a member but did not pay its dues — about $600 million, a sum owed since 2011, also known as arrears, The Times reported on Thursday. “Mounting arrears” was also cited by the state department as one other reason why the U.S. withdrew from UNESCO.

The state department cites “anti-Israel bias” as one of the reasons, but the roots of the decision date back to the 1990s when Congress passed a law to cut off funding from U.N. agencies that accept Palestine as a member nation.

PARIS, Oct 12 (Reuters) – The United States announced on Thursday it was withdrawing from UNESCO, the U.N.’s cultural and educational agency, complaining about how it is run and about what Washington described as bias against Israel.

“This decision was not taken lightly, and reflects U.S. concerns with mounting arrears at UNESCO, the need for fundamental reform in the organization, and continuing anti-Israel bias,” State Department spokeswoman Heather Nauert said in a statement.
The withdrawal of the United States, which provides a fifth of UNESCO’s funding, is a severe blow for the Paris-based organization which began work in 1946 and is known for designating World Heritage sites such as the ancient city of Palmyra in Syria and the Grand Canyon National Park.

I welcome @realDonaldTrump's decision to withdraw from UNESCO.

More than ever, the world needs to come together, build together & invest in one another. We need to be united not divided #UNESCO

.@UNESCO has routinely targeted Israel while ignoring the serious human rights abuses in other countries.

The Met shared the following statement on the decision to withdraw from @UNESCO: pic.twitter.com/YP5tOY4GTJ

Many are questioning what is the actual motivation behind the Trump Administration making this announcement right now. This isn’t an election year, and the political motives behind such a move are entirely unknown. In Washington, most things are wholly based on political gamesmanship. I don’t know what the motivation or the real reason behind this decision is. Speaking for myself, I believe this was a good move regardless of the motivation behind it.
We must understand that in the political world the desire or motivation behind an action isn’t all that important. I believe some in the Democratic party hoped that ObamaCare would help the American people and lower healthcare cost for all. Others used this as a way to get us one step closer to a single-payer healthcare system.
You see, we must not look at the intentions or the intended results but the actual results and outcome.
The UN and Unesco might have had noble intentions, but the end-results are not conducive to our and our allies national security objectives.
I genuinely wish that the UN and Unesco were a force for good in the world. The reality is you cannot have a unified worldwide organization while its members hold vastly different worldview. You cannot have countries with human rights violations dictating morality and policies against free representative democracies that value human life and dignity.
For what its worth, I believe that the United States should not only withdraw from Unesco but withdraw from the UN entirely. If we want an organization that delivers on the intended goals of the UN and Unesco, then we should establish a new organization where membership isn’t based on your existence as a nation but based upon adherence to the truths we hold to be self-evident. That all men are created equal, that they are endowed by their Creator with certain unalienable Rights, that among these are Life, Liberty and the Pursuit of Happiness. That to secure these rights, Governments are instituted among Men, deriving their just powers from the consent of the governed.
An organization filled with dictators and despots is not worthy of having the United States as a member.