The Kurds gained nothing with their vote for independence

Back in June, the president of the Kurdish region of Iraq, Massoud Barzani, scheduled a referendum for Kurdish independence. This was the fulfillment of various stillborn attempts to advance the cause of Kurdish independence. They held the vote on September 25, and unsurprisingly, the result was 93 percent “yes” to independence.
They thought it would buy them a place at the table with the Baghdad government, but they were sold the Brooklyn Bridge by the Barzanis, who have autocratically ruled the region for several years.
Now, Iranian tanks have rolled up to the Iraqi border, as Iraq’s government puts a stranglehold on the region. And its people suffer. These are some of the U.S.’s best friends in the war against ISIS. We warned them that any vote would not be recognized, and exactly as we said, Secretary of State Rex Tillerson declared that the U.S. finds the vote illegal and illegitimate.
All the vote has done is bring Hezbollah, Iran, and Iraq more into alignment as the power players in the region, able to get the United States to do their bidding, while Iran thumbs its nose from behind a Russian shield on IAEA inspections. It’s complicated in the Middle East.

“The people of Kurdistan, who have consistently and enthusiastically supported the United States, especially more recently in its fight against ISIS and Saddam Hussein, are deeply disappointed in the statement by Secretary Tillerson on Friday,” read a statement from the Presidency.

BEIRUT (Reuters) – The powerful Lebanese group Hezbollah said on Saturday that an Iraqi Kurdish independence vote marked a first step toward the partition of the Middle East, warning that this would lead to “internal wars” and must be opposed.

Sayyed Hassan Nasrallah, head of the Iran-backed group, said events in northern Iraq, where Kurds overwhelmingly voted for independence on Monday, were a threat to the whole region and not just Iraq and neighboring states with Kurdish populations.
“It will open the door to partition, partition, partition,” Nasrallah said. He added that “partition means taking the region to internal wars whose end and time frame is known only to God”. 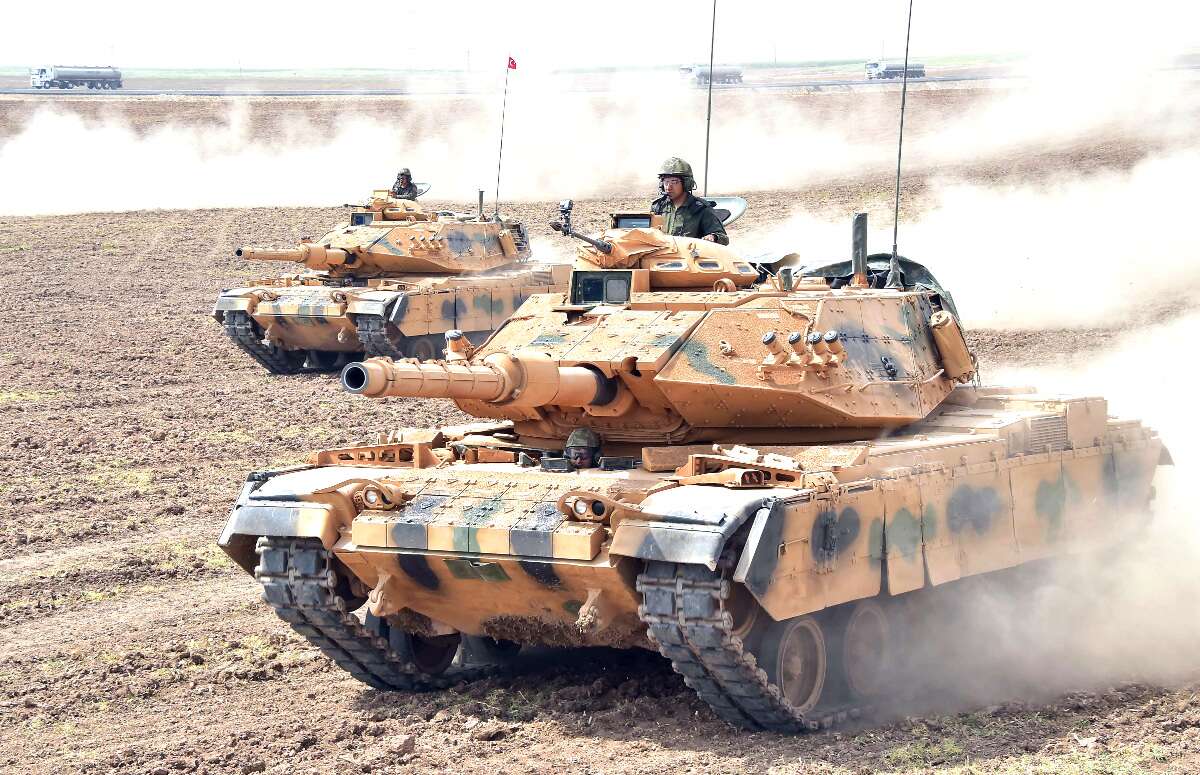 Iran has moved tanks and artillery up to the border with Iraqi Kurdistan, close enough to the boundary that they are visible from the other side. The move is the latest in a string of increasingly threatening responses to the semi-autonomous region’s decision to vote in favor of independence, which has drawn widespread condemnation from national governments in the region and failed to win unequivocal support from many of the Kurd’s powerful western allies, including the United States.

On Oct. 2, 2017, the Iranian forces appeared along the Iran-Iraq border, reportedly as part of a previously announced combined drill with Iraqi national forces and militia in retaliation for the independence vote. Authorities in Tehran had already kicked off military exercises near the boundary on Sept. 24, 2017 a day ahead of the poll in Iraq’s semi-autonomous Kurdish region, ostensibly as part of the annual Sacred Defense Week to commemorate the Iran-Iraq War. More than 3.3 million people there, more than 70 percent of registered voters, turned out on Sept. 25, 2017 to cast their ballots, with more than 90 percent voting in favor an independent Kurdistan.

After the Vote, Does the Kurdish Dream of Independence Have a Chance?

A healthy democratic government might weather the storm. “We don’t have rule of law, we have a monarchy,” said Rabbon Marof, a member of the Kurdish Parliament and a leader of the “No for Now” movement that opposed the vote. The region’s president, Massoud Barzani, remains in power two years after his term expired.

Independence is a wonderful concept, but the Kurdish people would be far from free as an independent state. They would be under the thumb of the Barzanis, who have ruled like kings or dictators. The U.S. was correct in rejecting the legitimacy of this vote. However, we should recognize what the vote accomplished. The Kurdish people deserve self-determination. Right now, their choice is between the Barzanis and the Iraqis.
The U.S. should be doing the yeoman’s work in bringing the Kurds to the table, but that isn’t likely to happen with the Barzanis in control. Then again, it’s not America’s role to dictate who should run other nations. This was a very difficult situation–again we warned the Barzanis what would happen, but they went ahead anyway.
All this vote did was make America’s work harder to prevent Iran from becoming a nuclear state. When that happens, the Kurds will have lost any chance of freedom. They never should have taken this vote.

Why gun grabbers pounce on every shooting so quickly