Stop playing around, Congress still has work to do

by David Patterson
in News

In normal times, this is a busy week for Congress. Obviously, we’re not in normal times, but that doesn’t change the fact that Congress has end-of-fiscal-year funding issues to deal with.
Two of the major issues are funding for the Children’s Health Insurance Program (CHIP) and authorizations for the Federal Aviation Administration (FAA) and community health center. These expire on Sep. 30, this Saturday.
The Senate will be tied up with amendments and debate on the now-doomed Graham-Cassidy health care proposal, leaving precious little time for necessary items that require some kind of bipartisan effort. In its usual kick-the-can-down-the-road approach, the full House has scheduled a skinny six-month extension for the FAA authorization. Despite approval by both the Senate Commerce and House Transportation and Infrastructure Committees, this could come down to the wire.
CHIP is a harder problem to crack. Since it’s a Medicaid-related program, it’s stuck in the health care vortex, and the House Energy and Commerce Committee hasn’t even approved a markup for the full House to vote on. The bipartisan effort led by Sens. Orrin Hatch and Ron Wyden to renew CHIP for five years is stalled in committee. Any renewal will likely be retroactive after funding expires on Saturday, unless the Senate somehow catches up on its homework.
The same with $3.6 billion in federal funding for community health centers.
It doesn’t help that the Jewish holiday of Yom Kippur, the holiest day in the Jewish calendar, begins on Sep. 29, ending at sunset on Sep. 30. Observant Jewish members of Congress won’t be able to participate in last minute discussions and votes.

With the Republicans’ last-gasp effort to undo the 2010 health care law fizzling, Congress may now try to pass short-term extensions to avoid running aground on the Children’s Health Insurance Program, the Federal Aviation Administration and community health centers, authorizations for which expire at the end of the month.

“In Nevada, CHIP provides coverage for roughly 25,000 children,” said Sen. Dean Heller (R-Nev.). “Nevada has made great strides in improving its uninsured rate … My hope is that Congress will act swiftly … to give families in Nevada and across the country the certainty they need with regard to children’s healthcare.”

“We know that before CHIP was created, millions of hardworking families couldn’t take their children to the doctor and get them the care they needed,” said Sen. Debbie Stabenow (D-Mich.). In that state, 97% of children can go to the doctor.

The Children’s Health Insurance Program “is as American as apple pie,” said Lucas Allen, a healthcare fellow at NETWORK, a Catholic social justice lobbying organization. “We support these kinds of bipartisan compromises that are too rare in our health care debate right now.”

The House is expected to pass the new extension next Monday or Tuesday, and the Senate is expected to clear it before the current stopgap measure expires on September 30. Another short-term FAA extension will give lawmakers more time to work on a comprehensive FAA reauthorization bill. That legislation has been held up over Shuster’s controversial proposal to corporatize the Air Traffic Control system. 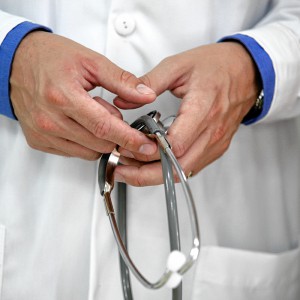 Community health centers in New Hampshire and across the nation are at tremendous risk. Without Congress’s action by Sept. 30, health center funding will immediately be cut by 70 percent.

In New Hampshire, 12 federally funded health centers provide primary care, substance use disorder treatment, oral health services and behavioral health services to over 89,000 citizens in underserved areas.
Granite Staters will lose access to health care services when we need them the most, in the midst of an opioid epidemic, if the funding cliff isn’t fixed.

“So, losing 1.1 million equates to us not being able to see about 1,000 patients a year,” Schwartz said. “I’m immediately on a hiring freeze, won’t be able to replace or likely may have to reduce staffing.”

“We try to get our federal funding down, but there are many health centers… that are truly seeing 60, 70, 80 percent sliding fee patients,” she said, noting for many of those centers, the grant funding represents as much as 50 percent of their annual revenue.

Congress needs to button down and get out of its political rabbit hole. The Graham-Cassidy bill is essentially dead, so why is the Senate spending time on it when other items require immediate attention? The FAA and community health centers are really top-level needs that serve national priorities. As for CHIP, without an Obamacare replacement (a real one), I don’t see how we can avoid renewing it.
For Congress to miss these no-brainers in favor of political grandstanding is why many Americans have so little faith in our political system.