North Korea stepped up the rhetoric even more today. Foreign Minister Ri Yong-ho is now telling the media that President Trump’s latest comments amount to a declaration of war and they are considering shooting our bombers out of the sky even if they are in international airspace. “The whole world should clearly remember it was the US who first declared war on our country,” Foreign Minister Ri Yong-ho told reporters in New York. The war drums are getting ever louder and North Korea gets more and more arrogant and aggressive with each passing day.
Ri Yong-ho added: “In light of the declaration of war by Trump, all options will be on the operations table of the supreme leadership of the [Democratic Peoples Republic of Korea].” Kim Jong-Un is not crazy and he’s not stupid. He knows that our military would destroy North Korea if they had no backing by China, Russia and Iran. Unfortunately, they do have backing and therefore, Kim feels emboldened.
Meanwhile, President Trump also raised the stakes in this game of nuclear chicken. Some reporters are calling his statements a threat of regime change. He tweeted out that Kim Jong-Un “won’t be around much longer,” which North Korea then called a declaration of war. As Ri left the UN today, he stated that his country had “every right to make countermeasures, including the right to shoot down United States strategic bombers even when they are not inside the airspace border of our country.” If North Korea does such a thing, it would be a blatant act of war and the United States would have no choice but to return the attack.
Yesterday, the US flew fighter jets near North Korea’s east coast. That is the farthest north any US fighter plane has flown over the demilitarized zone this century, according to the Pentagon. A Pentagon spokeswoman said the flyover was intended as a message to North Korea that President Trump had many military options at his disposal. “We are prepared to use the full range of military capabilities to defend the US homeland and our allies,” said spokeswoman Dana White.

“Since the United States declared war on our country, we will have every right to make counter measures, including the right to shoot down United States strategic bombers even when they are not yet inside the airspace border of our country,” he said. “The question of who won’t be around much longer will be answered then.” 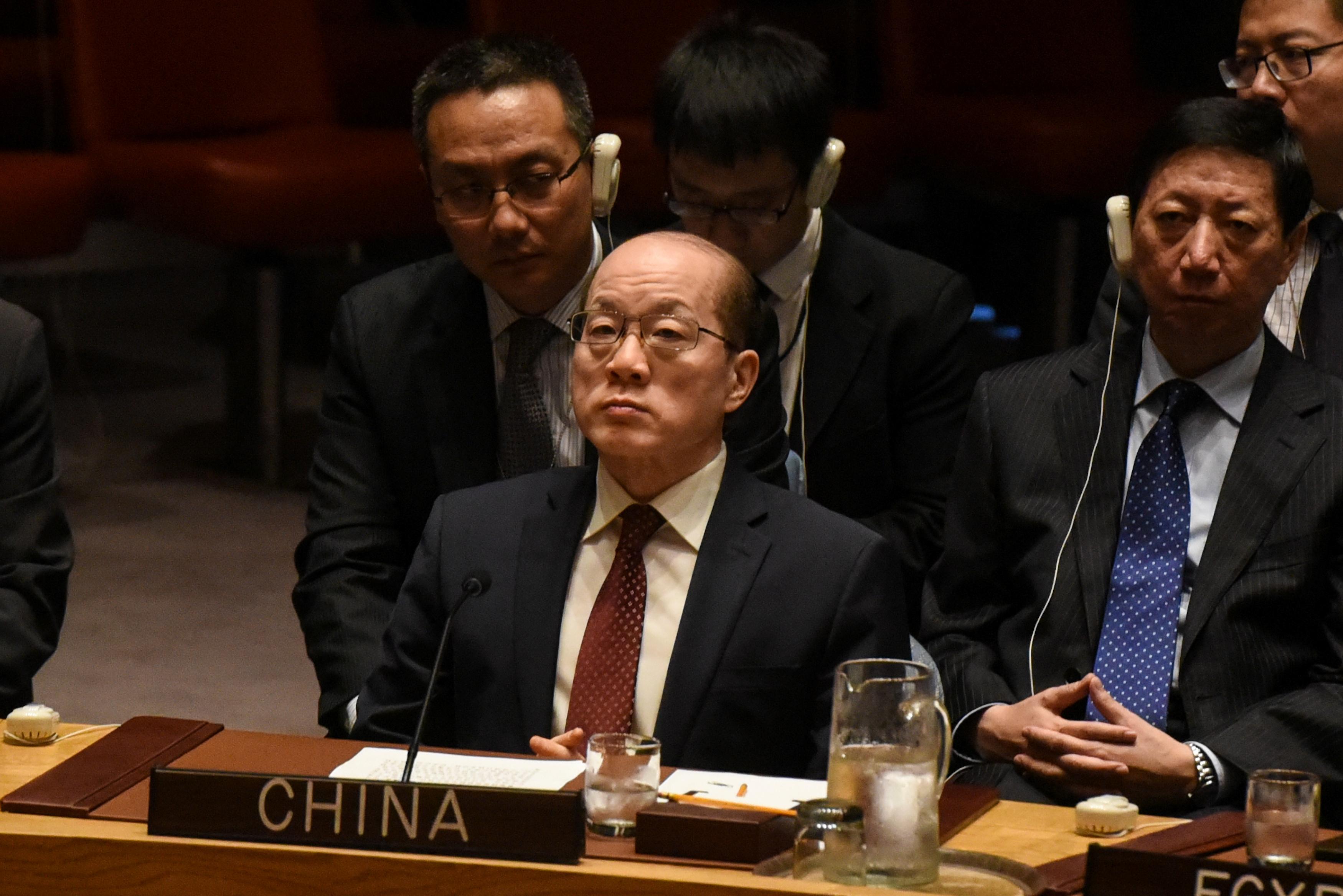 A defense expert, Bruce Bennett of the Rand Corp think tank, said North Korea would have difficulties shooting down a U.S. bomber with missiles or fighter planes given its limited capabilities, and if it tried and failed, would appear weak.

“It is unlikely to take such a risk,” he said. “So this sounds like another attempt by North Korea to ‘deter by bluster’ U.S. actions the regime does not like.”

“We have not declared war on North Korea. Frankly the suggestion of that is absurd,” White House spokeswoman Sarah Huckabee Sanders told reporters. “It’s never appropriate for a country to shoot down another country’s aircraft when it’s over international waters.”

“Our goal is still the same. We continue to seek the peaceful denuclearization of the Korean Peninsula,” she said.

Urges world to note that “it was the US that first declared war on our country.” Seeking justification for future action. #NorthKorea

North Korea’s nuclear program is a clear and present danger, not just to the US, but to the world. Time is running out and a confrontation now seems inevitable. The Hermit Kingdom has just conducted their sixth nuclear test and they have reportedly developed ballistic missiles that can carry a nuclear payload and reach the US mainland. Kim has also threatened to detonate a hydrogen bomb over the Pacific. Reports have also surfaced this weekend that North Korea has a massive chemical weapons storehouse and is adding to it.
All of this follows Trump’s threat of raining down “fire and fury” on North Korea if they attack us or our allies. In his speech to the United Nations last week, Trump threatened to “totally destroy” the country and referred to Jong-Un as “Rocket Man.” Ri responded by stating that it was now “inevitable” that North Korea would target the US mainland with its rockets. He also called President Trump “a mentally deranged person full of megalomania and complacency” who was trying to turn the UN into a “gangsters’ nest.”
More rhetoric came directly from Kim, which has never happened before. He bypassed state-owned channels to give a speech where he claimed he would “surely and definitely tame the mentally deranged US dotard with fire.” Kim feels he can get away with pretty much any threat after launching two separate missiles over Japan. In response to all of that, the UN has imposed stringent sanctions on the country, capping their oil imports, banning textile exports and barring countries from giving work visas to North Korean citizens. And China claims they are cutting North Korea off as well. I’ll believe it when I see it. China will make a show of it and still deal with their proxy through third channels as they always have. Sanctions will not work. They never have with the North Koreans.
“Enough is enough,” US ambassador Nikki Haley told the UN Security Council earlier this month. “War is never something the United States wants. We don’t want it now. But our country’s patience is not unlimited.” And war is very close now… our patience has just about run out.