McConnell to bring Graham-Cassidy to a vote next week

Senate Majority Leader Mitch McConnell’s office said the Graham-Cassidy Obamacare replacement bill will be put to a vote next week. The GOP has until September 30th to vote on the bill under reconciliation to prevent a Democratic filibuster.
Either something has changed in the vote count or McConnell is taking a calculated risk that they’ll secure the final votes. Most consider the bill to be one or two votes short of passing at this point. Senators Rand Paul and Susan Collars are hard no’s, which means every other GOP Senator needs to vote yes to allow Vice President Pence to break the tie.
The final hurdle other than securing the votes is the CBO preliminary assessment which is scheduled to be released early next week.
My personal opinion on the bill is below, but let’s look at some perspectives and reactions first:

McConnell spokeswoman: Senate to vote next week on Graham-Cassidy – POLITICO 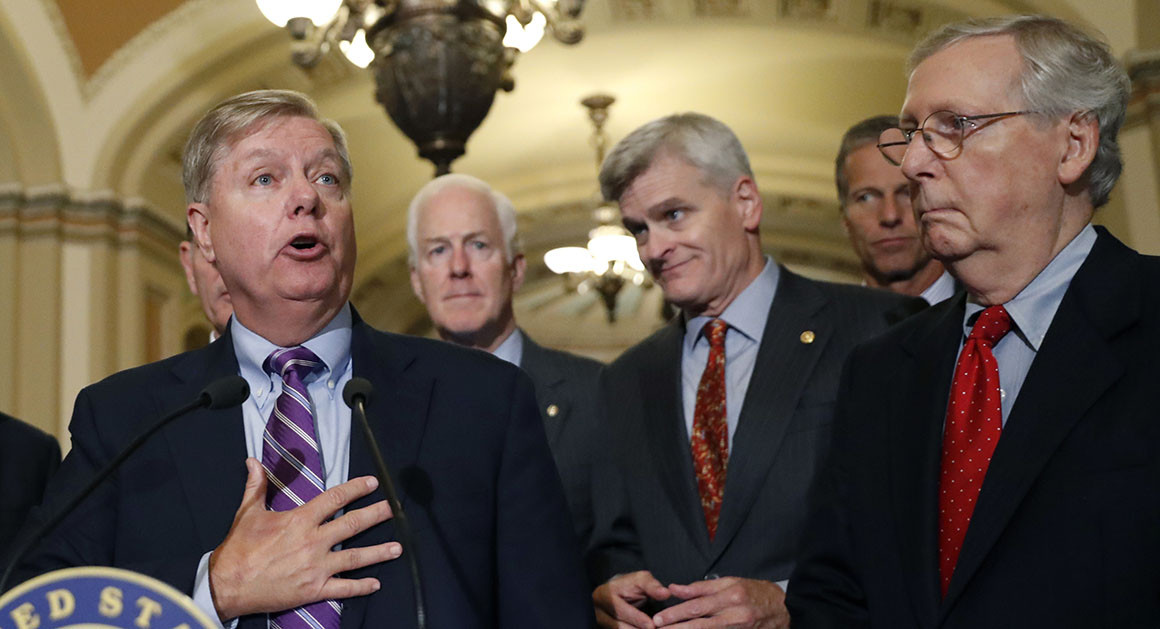 The latest proposal would turn federal health insurance funding into block grants for states, wind down Obamacare’s Medicaid expansion and rescind the law’s coverage mandates. Notably, there will be no complete analysis by the Congressional Budget Office by the time a vote comes up, leaving lawmakers unsure what the bill’s effects on premiums and coverage will be.

BREAKING: Senate to vote on Graham-Cassidy Obamacare fix it bill – The Right Scoop

So I guess we’re soon to find out just how many Senators support the bill and how many don’t.

Until we remove DC completely from the healthcare system, we’re not going to see lower premiums. We aren’t going to see better healthcare. Don’t fall for any arguments that this bill is a first step. It’s the only step. They’ll call it a day and let this continue to eat away at our economy for years until single-payer rears its ugly head. The only way to prevent Obamacarelite from becoming Berniecare is if we get DC out of healthcare altogether.

"Would McConnell put Graham-Cassidy on the floor without being sure he had the votes?" we ask, two months after McConnell did exactly that

This bill will not accomplish the two biggest goals conservative Republican lawmakers have campaigned on for years. It will not reduce costs for Americans; premiums will likely rise more quickly than they have with Obamacare. It also does not lay out a plan to remove the federal government from the healthcare industry. Until those things change, I remain violently opposed to this bill.

Support Graham-Cassidy, because of the sparrows and the chickens